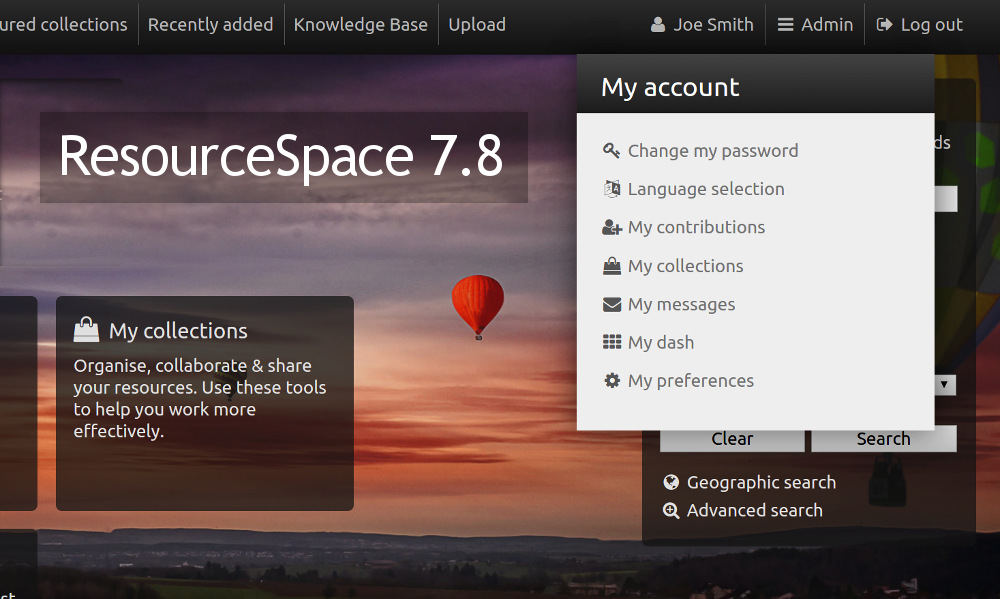 We're please to announce the release of ResourceSpace 7.8. For this release we have updated the user interface making use of the excellent Font Awesome library for future proof scalable vector icons that look great on high resolution devices. We've made several other visual improvements that simplify and modernise the software.

Customisation has been made easier - it is now possible to select the header background in the System Configuration area, and similarly dash tile background colours can also be selected.

Enterprise authentication has been improved with more extensive LDAP configuration built in and we've also extended Single Sign On (SSO) to support SAML2 based IDPs including ADFS, Shibboleth, OpenAM and OneLogin.

I honestly cannot say enough good things about ResourceSpace. Using it has completely revolutionised the way we at Blue Cross are able to work with our digital assets.

We love ResourceSpace. The system has made our photo archive come alive, and has made it easily accessible. We now use a much more diverse range of photos instead of our 'standard picks'.