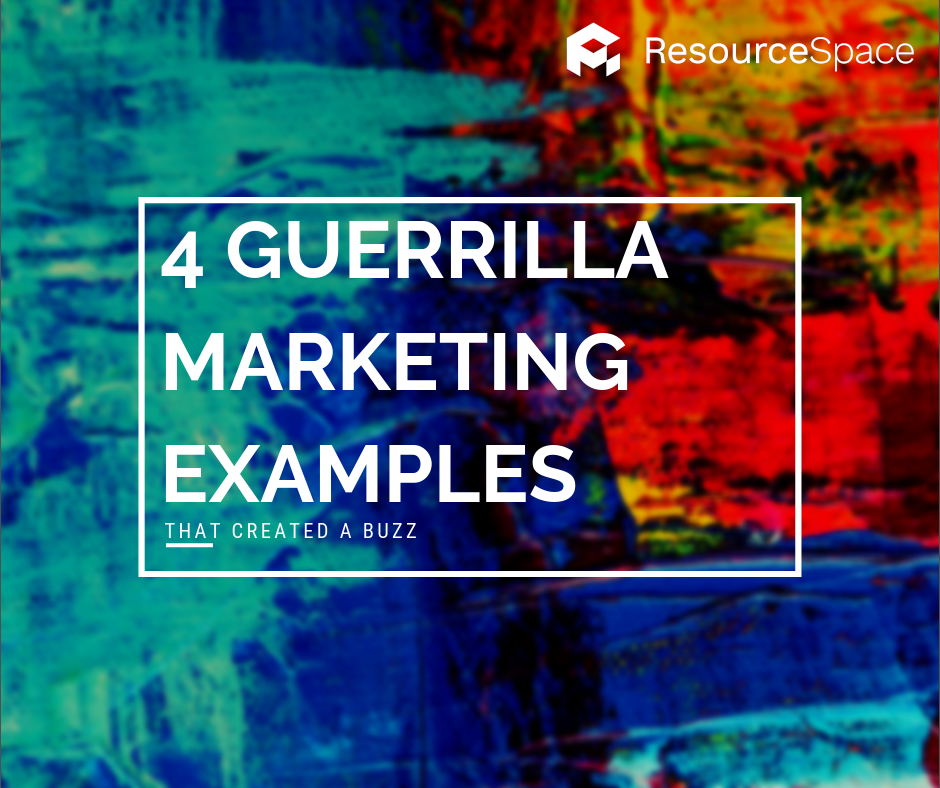 Defined as "actions or activities performed in an impromptu way, often without authorization", guerrilla marketing tactics are becoming increasingly popular and are creating some memorable publicity moments.

Using the element of surprise to grab consumer attention and create talking points, guerrilla marketing can ensure brand profile remains raised for longer than traditional advertising methods, extending the reach of a campaign at no extra cost.

Here we're taking a look at our favourite guerrilla marketing moments from some global brands:

Marketing campaigns are often said to "generate heat", however this became literal in 2014 when freezing temperatures in Canada inspired Duracell's "Moments of Warmth" guerrilla campaign. In partnership with marketing agency Cossette, they created a heated bus shelter which was activated only when waiting passengers joined hands to connect the two sides of the shelter, thereby completing the circuit.

This fun and warm hearted campaign certainly attracted attention and became widely talked about, especially as Duracell made a $1 donation to charity each time the video was shared, thereby ensuring more shares and greater publicity.

Well known for their guerrilla marketing tactics, PaddyPower hijacked the 2012 European football championships in bold fashion, paying Nicklas Bendtner to wear green PaddyPower pants which he lifted his shirt to reveal during a goal celebration.

Although Bendtner was fined £100,000 for his display, which was almost certainly paid by PaddyPower, given the vast audience they reached, both live and in subsequent YouTube views, it could still be considered extremely cost effective advertising!

This was by no means the company's first taste of controversy; a billboard featuring Jesus and the apostles playing poker during the Last Supper had to be withdrawn following complaints to the Advertising Standards Authority, and their blind footballer advert was the most complained about UK ad of 2010.

Yet despite the fines and complaints, the brand continues to enjoy great success showing that shock tactics really can work.

While itself an uncontroversial product, Proctor & Gamble managed to create a real buzz when they used the power of the unexpected to promote their Bounty paper towels.

The campaign saw New York commuters faced with a huge overturned coffee cup spilling across 7th Avenue, while in a Los Angeles shopping centre a 550 pound ice lolly was left to melt on a pavement. Both of these giant messes were created to illustrate the product's ability to "Make small work of BIG spills" and both were social media triumphs.

Building a fun, interactive advert allows the public to engage with the product and exploiting the novelty factor is a great way to get people talking.

It would seem that even celebrities are not safe from guerrilla marketing tactics with the likes of Jim Carrey and Idris Elba being upstaged on the red carpet of this year's Golden Globe Awards by previously unknown model Kelleth Cuthbert, since dubbed the "Fiji Water Girl". Timed for maximum exposure as the stars were gathering for the press, Cuthbert placed herself so as to appear in shot behind the celebrities as they posed, while a Fiji Water photographer took the snaps which later appeared online. A marketing dream, in some of the photographs A-list celebrities were caught off guard holding the water, so inadvertently appearing to endorse the product. As one of the stars involved, Jamie Lee Curtis was outraged and has since spoken out about the tactic in the press, perhaps not a good idea as it served only to extend the coverage and heighten brand awareness still further.

While it may not have won them any celebrity fans, Twitter revealed the 'attack' led to over 50,000 tweets and Yahoo Finance estimates it has earned the brand $12 million in ad impressions, making it a great example of how guerrilla marketing can make a real splash.

ResourceSpace work with a large number of brands to ensure their brand positioning is consistent, their digital assets can be easily found and accessed from across the globe via their brand asset management system - join them today and take a free trial >>