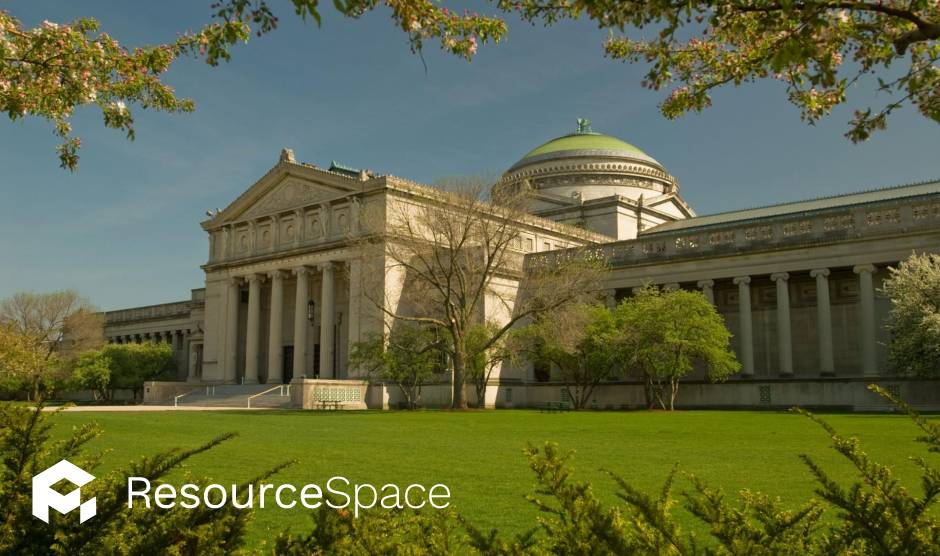 The Museum of Science and Industry, Chicago is one of the largest science museums in the world, and they take their responsibility to educate and inspire the next generation very seriously.

In their own words, MSI Chicago's mission is to 'inspire the inventive genius in everyone', including the 'next generation of innovators'.

Of course, there's arguably no field more innovative than science, but when it came to the museum's Digital Asset Management, the institution was nowhere near cutting edge.

Rita Davenport, MSI Chicago's Marketing Ops Manager, sat down with us recently to discuss the challenges of the previous system.

"I constantly had to stop everything I was doing."

"We use digital assets for a wide range of activities and services," explains Rita.

"We need photos of our exhibits for use across social media and the website, internal presentations to the board as well as educational materials for teachers.

"We run a free programme called the Science Leadership Initiative which trains educators on how to teach science for middle schools."

MSI Chicago previously used a dedicated photographer who kept everything on two platforms: Dropbox and Morro Data. When a museum employee required a digital asset they would go directly to the photographer and he would provide the asset they requested.

"When the photographer role left the museum the management of this process fell to me," says Rita.

"Dropbox doesn't have a search function, which meant everyone was coming to me with digital asset requests. I constantly had to stop everything I was doing and find the resource(s) they needed.

"There were also lots of issues around intellectual property and usage rights. We run temporary exhibits throughout the year, and some of these contained IP we simply didn't have permission to use after the exhibit run was over—even if they were just in the background.

"This meant we frequently had to deal with cease and desist notices. I had to do a lot of firefighting which made my job very difficult."

"We heard how great ResourceSpace was for nonprofits."

It was clear to Rita that they needed to make their DAM process much more effective, so they started the search for a dedicated system.

"Our Assistant Vice President had been on a call with his counterparts at other Chicago museums, and they recommended ResourceSpace as being a great platform for nonprofits," recalls Rita.

"One of the biggest things for institutions like ours is finding vendors who will be good stewards of our budget, and ResourceSpace represents fantastic value for nonprofits. We don't have to pay for every single user, unlike with many other DAM providers, so it's been very economical to scale when we've needed to."

We asked Rita to tell us about the customer support she'd needed since using ResourceSpace too, but she couldn't actually tell us much about it.

"To be honest, I've barely had to rely on the customer support, which is really a testament to how user-friendly the interface is," explains Rita.

"Everyone who works with it never has any issues, and because it's so easy to use I don't need to do much in the way of formal training with every new starter.

"The initial setup process was amazing too, and didn't need much input from people on MSI's side at all."

MSI Chicago's lack of process when it came to Digital Asset Management was causing a lot of issues for Rita in her day-to-day role. Her role was to connect the dots between different divisions within the museum, support multiple entities with integrated marketing strategies and spearhead brand management for the museum—but she was being bombarded by image requests and fire fighting copyright issues.

The implementation of ResourceSpace was pivotal in making this problem a thing of the past.

"Being able to use ResourceSpace's metadata has made things so much easier," explains Rita.

"For example, a lot of requests come in for images of kids doing science, but we don't need to make sure that all of the assets depicting this have 'kids doing science' in the file name. We can now simply search via metadata.

"Also, people often don't know what they need until they see it, so tagging images with broader themes has been key.

"We've also been really impressed with the nuances of the metadata tagging. For example, 'vortex' and 'tornado' are both similar concepts, but the system is able to differentiate the intent between both of these unique searches."

However, it's not just Resource's use of metadata that has made it such a game changer.

"Expiration dates on photos has been a Godsend," says Rita, referring to how it's helped to solve the usage rights issues.

"We can now also resize and save images on-the-fly depending on the use case, while the usage analytics is also a really useful feature. We can see when images are being cropped and resized frequently, which then informs the assets we create moving forward. It makes it easier to manage photographers too."

MSI Chicago knows a thing or two about innovation, so when they say ResourceSpace has revolutionized their Digital Asset Management processes—with an easy-to-use and intuitive interface to boot—we think it's worth listening to.

Best practices for building file naming conventions ResourceSpace is about to get even faster 4 mistakes with your DAM metadata to avoid ResourceSpace customer interview: Museum of Science and Industry, Chicago How to brief a graphic designer effectively

I honestly cannot say enough good things about ResourceSpace. Using it has completely revolutionised the way we at Blue Cross are able to work with our digital assets.

We love ResourceSpace. The system has made our photo archive come alive, and has made it easily accessible. We now use a much more diverse range of photos instead of our 'standard picks'.