Why Web3 is NOT the next big thing 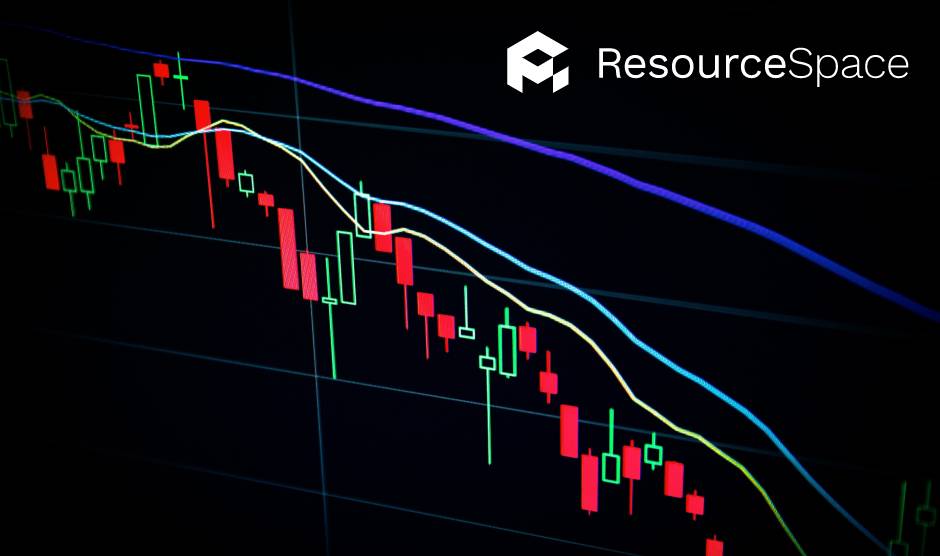 Have you heard about Web3 yet?

If not, you've almost certainly heard about some of its related technology -cryptocurrency, NFTs and, at the heart of it all, the Blockchain.

And Web3 has some prominent supporters.

Former candidate for the Democratic US presidential nomination Andrew Yang has claimed 'Web3 technologies represent the biggest anti-poverty opportunity of our time', while a clip of Paris Hilton and Jimmy Fallon comparing their Bored Ape NFTs went viral earlier this year.

So are the promises of Web3 to be believed?

"Hold on - there have been two previous versions of the web?"

The world wide web isn't a single piece of software that receives regular updates, but the terms Web 1.0 and Web 2.0 refer to eras in the history of the web.

Web 1.0 is considered to have been approximately 1991 to 2004, where the vast majority of websites were simply static pages of information. As internet users we were consumers, rather than producers, of content.

Web 2.0 is what we're familiar with now, and is also known as the participatory web. Web 2.0 is based on websites that emphasise user-generated content, most notably social media platforms. The likes of Facebook, Instagram, YouTube and TikTok have allowed us all to become content creators and publishers.

So how is Web3 different?

Before we get into Web3 and what it actually means, a point of clarification:

The term 'semantic web' was coined by web founder Tim Berners-Lee in 1999, with the vision of making internet data machine-readable. Simply put, machine learning and AI handling 'the day-to-day mechanisms of trade, bureaucracy and our daily lives'.

Despite incorporating some ideas relating to the semantic web, Web3 is the concept of a decentralised online ecosystem based on the blockchain.

What is 'the Blockchain'?

In layman's terms, a blockchain is simply a growing list of records called blocks; a database that stores information in digital format.

The USP of blockchain technology is that each block is linked together using cryptography. Every new block added contains a cryptographic hash that contains information about the previous block, creating a chain. Without getting into some serious technical weeds here, there's some very sophisticated maths going on, making it extremely difficult for attackers to manipulate and making blockchain very secure - in theory…

Blockchain technology has gained prominence in the last few years thanks to the meteoric rise of cryptocurrencies, but it's not actually new.

The first blockchain was proposed back in 1982, so how is a 40-year old concept so secure?

Let's take a look at the most popular use case of blockchain: Bitcoin.

Bitcoin uses blockchain technology to record the history of every Bitcoin transaction ever made. It's essentially a decentralised accounting ledger stored on multiple computers (nodes) across a network.

When a transaction is submitted the nodes check that it's valid. There are two elements to this security: a cryptographic fingerprint unique to each block and a 'consensus protocol'. If the nodes in the network don't agree that a new transaction reflects the blockchain's shared history (i.e., someone is trying to spend Bitcoin they don't have to spend), then it's not added to the ledger.

The theory behind blockchain's immutability is sound, but like with all technology, humans have found creative ways to cheat it. Indeed, there have been some very high profile blockchain hacks (and many more low profile hacks).

Back in 2018 Japanese crypto exchange Coincheck was hacked to the tune of $500 million in NEM coins, while this year play-to-earn game Axie Infinity which features an in-game economy built on Ethereum-based cryptocurrencies had over $600 million stolen in just two transactions.

'Break-ins' to personal crypto wallets are also common, and if this happens, there's almost no recourse. 'Decentralised' means no one's in charge, so you'll have a hard time finding someone to complain to if it happens.

Like most technologies, security issues arise when the theory meets the real world (and people), and for blockchain the point of failure is often third-party apps and software clients that interact with it.

Honestly? At this point it depends who you ask.

Andrew Yang claims it will solve poverty; Elon Musk has dismissed it as a marketing buzzword.

There's no solid definition, but by looking at the initiatives so far described as 'Web3' it's hard to look past Bloomburg's description: "[building] financial assets, in the form of tokens, into the inner workings of almost anything you do online."

If you're a believer in the original vision for the web like we are - 'universal access to a large universe' of information - this should concern you.

There are good arguments for limiting the power 'Big Tech' has over social discourse, and Web3 claims to offer a decentralised future free of this control. However, to describe the web as 'centralised' is at best a misunderstanding, and at worst a deliberate misrepresentation.

It's true that a small selection of platforms dominate web traffic, while search algorithms prioritise websites with the strongest Domain Authority, but anyone is free to set up a web server and website anywhere in the world - and cloud technologies have made this easier than ever before.

How is Web3 going to change this dynamic? Consumers can buy cryptocurrency 'free' of centralised banks, but you're still likely to choose one of the major cryptocurrencies and use one of the most popular cryptowallet providers. Indeed, James Grimmelhamm of Cornell University argues that moving the internet toward a blockchain-focused infrastructure leads to more centralisation and data collection compared to the current internet, not less:

"It doesn't make any sense," he said.

"The vision says the problem with the internet is too many centralized intermediaries.

"Instead of having lots of different applications and sites, we'll put it all on blockchains, which puts it all in one place."

What's more, the idea that a system based on financial assets is going to remain equitable is a fantasy.

Crypto advocates tout the digital currency as free from bias and unequal distribution, but a study by the National Bureau of Economic Research suggests that 27% of Bitcoin wealth is held by just 0.01% of Bitcoin holders.

It's a similar picture for non-fungible tokens (NFTs), with the top 16.71% of owners controlling 80.98% of NFTs. So much for decentralisation.

It's clearly very early in the life of Web3 and crypto, but to date it has shown little promise of being anything more than a vehicle for helping the rich get richer.

Cryptocurrencies and the environment

There's another controversy surrounding cryptocurrency and NFTs that should stop Web3 dead in its tracks: how bad it is for the environment.

If we take Bitcoin alone (and it's not the only cryptocurrency around), each transaction uses around 2100 kilowatt hours (kWh). That's approximately the same amount as an average US household consumes in 75 days. Bitcoin's annual carbon footprint is comparable to a country the size of Argentina.

Outside of giving people the chance to invest in volatile speculative assets that aren't dissimilar to ponzi schemes, as well as theoretically 'own' JPEGs, does the blockchain offer a use case for Digital Asset Management?

Because the technology can store and manage data, including ownership and the history of an asset, there's some utility here.

File storage blockchains leverage decentralisation to spread downtime risk (albeit not unlike a Content Delivery Network), while 'smart' contracts could avoid the need for manual governance when it comes to ownership and digital rights management.

The future of blockchain and Digital Asset Management is something to keep an eye on, but even the most passionate DAM evangelists amongst us wouldn't claim this constitutes the next great leap forward for the world wide web.

What makes ResourceSpace different? How to avoid copyright infringement with images Why ResourceSpace is perfect for… arts and heritage Why Web3 is NOT the next big thing Different image file formats explained

I can't say enough about ResourceSpace; it is where some of our most powerful content lives, and we are able to organize, manage and make use of that content more effectively because of this invaluable system.

With ResourceSpace our users can view high quality images fast and see different file formats, including SWF and audio files, in one place, and we can edit large amounts of data in one go! And their service team is quick and extremely helpful.