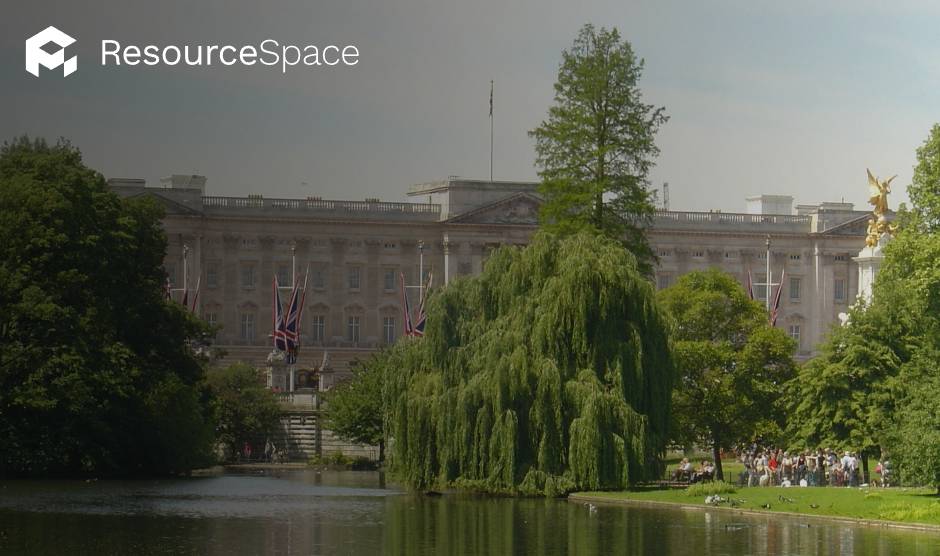 There are over 5,000 acres of Royal parkland across London. The Royal Parks charity was set up in 2017 to support and manage the parks that are visited by tens of millions of people each year.

Unsurprisingly, such a rich source of visual content has led to The Royal Parks charity owning a huge collection of digital assets, which they use as a record of the sites - and for publicity and fundraising.

However, there wasn't a system in place that made it easy for them to make the most of those assets.

How ResourceSpace saves the charity time

Before implementing ResourceSpace, The Royal Parks didn't have a centralised place to store their digital assets, so a lot of time would be wasted trying to locate them.

Having a single point of access for all their digital assets made the process of accessing them much easier and faster - but they also needed to control which of those assets could be downloaded by users across each of their teams.

"To make sure that restricted access resources are made available only when appropriate, we use the Auto Assign plugin to allocate requests to the lead for each project," explains Joel.

The Auto Assign plugin allows resource download requests to be automatically assigned to a specific user - significantly faster than the manual process the charity had to follow previously.

"This automation of the request process cuts out the time needed to find out who was responsible for a given project, contact them individually and ask them to review the request," continues Joel.

"ResourceSpace takes care of all of that."

The Royal Parks charity manages multiple sites, which previously posed a challenge when trying to locate the best asset for the use case. This is where ResourceSpace's flexible search options come in.

It allows users to easily search by location across all The Royal Parks sites, and also filter by season or specific project.

"To help people quickly identify the best resources for their project, we use the extra large thumbnail feature," says Joel.

"This makes it easy to see what's in the image from the search results list."

That might sound like a simple feature, but it's something the charity didn't have previously, and it made a huge difference to how easily they could identify assets. But that's not the only feature that makes a small but invaluable difference.

"We also have the option to zoom into images to see more detail before making a final selection."

Editing without the need for third-party apps

One of the most time consuming tasks for marketing teams is having to make small edits to digital assets - particularly when those assets need to be downloaded and edited in a third-party platform. However, ResourceSpace's image tools don't just allow for simple editing to be carried out within the DAM platform (including rotating, cropping and scaling), but also for images to be downloaded with the necessary file extension.

"Another great feature is the ability to crop sections of images and choose the file extension without needing to use a third-party conversion tool," says Joel.

Ready to find out more about why ResourceSpace is the DAM of choice for charity institutions like The Royal Parks? Check out our other not-for-profit users, or book your free demo below.

Case study: The Royal Parks How ResourceSpace solves... Public access ResourceSpace is now on G-Cloud 13 AI for content marketing: is it the future? Enterprise Single Sign-on: What is it and what are the benefits for DAM?

I can't say enough about ResourceSpace; it is where some of our most powerful content lives, and we are able to organize, manage and make use of that content more effectively because of this invaluable system.

With ResourceSpace our users can view high quality images fast and see different file formats, including SWF and audio files, in one place, and we can edit large amounts of data in one go! And their service team is quick and extremely helpful.